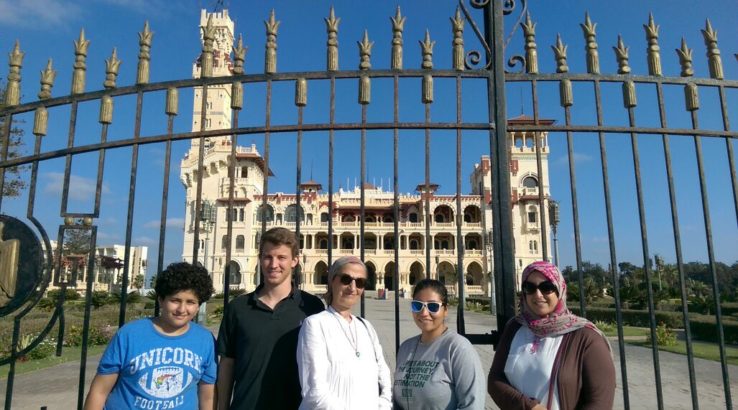 The Hedayet Institute total immersion program students took their Arabic language skills to the streets of Alexandria during their visit of the city last weekend. The students visited the Roman Theater, the catacombs of Qum Al-Shokafa and Alexandria library before they finally enjoyed the fabulous views of Montaza Palace. The palace was built in by Khedive Abbas II in 1892 to be the lodge of the Khedivate dynasty. The palace has long attracted the rulers of Egypt and remains an attraction for Egyptians and tourists alike. The students expressed their fascination by the Mediterranean city.